The event was attended by representatives and officials of leading regional transport and logistics companies and transport structures.

Forum speakers spoke about international transport corridors, transit opportunities in the Black Sea-Caspian region and transcontinental routes. They specified the role of Turkey as a sea and land hub for container and freight traffic, new transcontinental rail routes through Turkey, the role of TRACECA and the Caspian ports in transport linkage between Europe and Asia. Participants also discussed views on the creation of efficient railway services, transport and logistics infrastructures and tariffs.

The growing role of railway transport between Europe and Asia during the pandemic was highlighted.

The forum is also attended by representatives of “ADY Container” LLC, a subsidiary company of “Azerbaijan Railways” CJSC. At the forum, the director of the company Natig Jafarov made a speech on the topic “Crossings of the Eurasian railway corridors. New transit opportunities for the railway network of Azerbaijan. N. Jafarov informed the participants of the forum about transport corridors passing through the territory of our country and their possibilities. He spoke about the work that was done to increase the traffic between Europe and Asia. N. Jafarov also pointed out the importance of the Baku-Tbilisi-Kars railway in the transportation of goods to Turkey and Europe passing through Azerbaijan from the countries of the Asia-Pacific region from the ports of the Russian Far East. As a new logistics product, he emphasized the role of transporting containers from the Chinese city of Kashgar to the port of Turkmenbashi, further by feeder ships to Baku, and then via BTK line to Turkey and Europe, as well as container transportation by feeder ships between the Georgian and Ukrainian ports of Poti and Odessa, respectively. 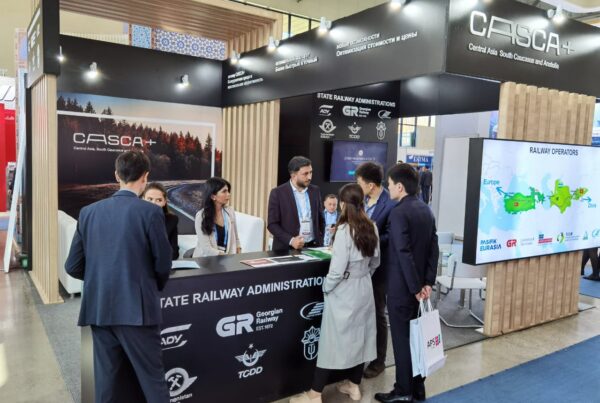 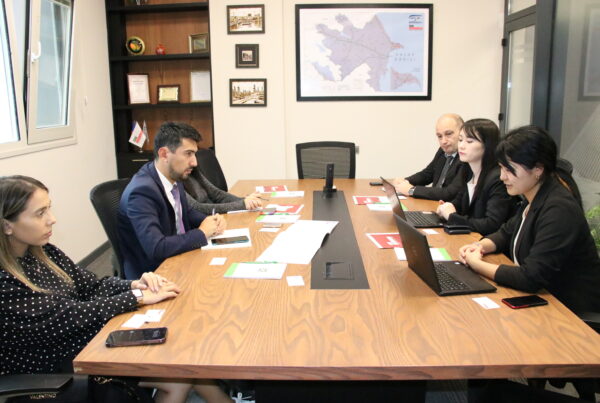 A meeting was held with the Japanese delegation