Representative of ADY Container LLC delivered a speech at the presentation of Azerbaijan’s transit-transport opportunities in the Czech Republic.

Azerbaijan’s transit-transport opportunities were presented at the international forum “East-West Trade and Transit Corridor” which held at the Czech Ministry of Industry and Trade. The event, organized by the Azerbaijani embassy in the Czech Republic and the embassies of China, Kazakhstan, Georgia and Turkey take a part in the event as well as several number of state representatives and business circles of the Czech Republic was attended. The Forum aims to discuss ways to increase transit and cargo transportation to Europe via China through Central Asia and the Trans-Caspian region, as well as engage Czech companies in the Trans-Caspian international transport routes. Opening speeches were delivered by Czech Minister of Industry and Commerce Thomas Huner, accredited ambassadors of Azerbaijan, China, Kazakhstan, Georgia and Turkey, as well as representatives of state, private and academic circles from these countries. Representative of ADY Container LLC Rashad Majidov spoke at the forum and briefed the participants on infrastructure projects and institutional reforms in railway transportation in Azerbaijan. The potential of the Baku-Tbilisi-Kars railway line, as well as the international transport corridors and routes to which Azerbaijan is a part, has been brought to the attention of the participants. During the forum, the representative of ADY Container LLC held several bilateral meetings. The meetings were held with representatives of the Ministry of Transport of the Czech Republic, representatives of the Czech Railways, “ÇD Kargo” and “ÇD Logistics”, and discussed possibilities of transportation of goods between the Czech Republic and Iran, Kazakhstan and China through Azerbaijan. 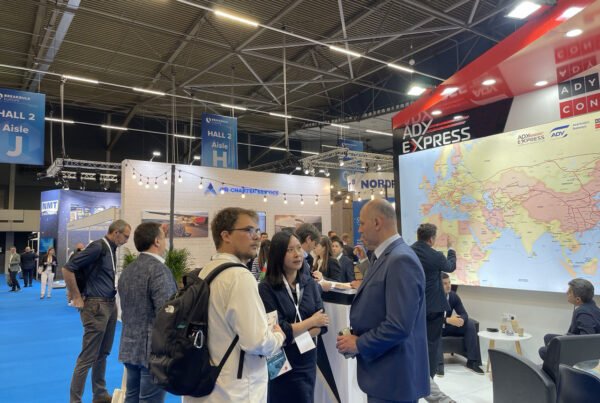 Azerbaijani railway workers at the international transport and logistics exhibition 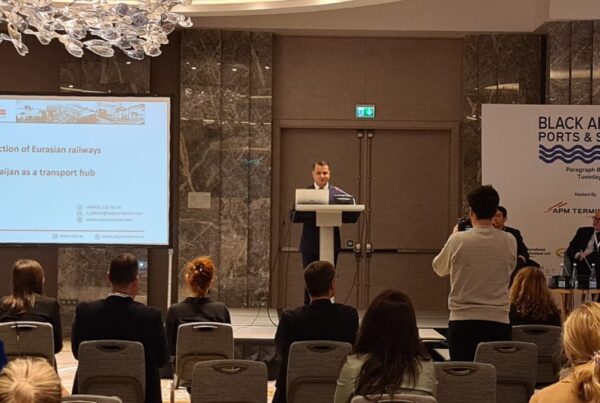 ADY Container LLC was represented at the conference “Black and Caspian sea: ports and shipping” 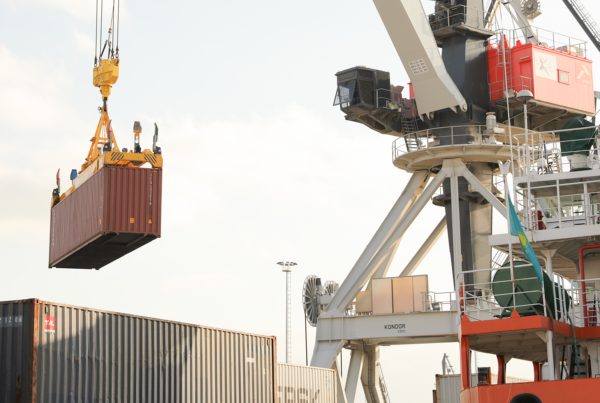